In late December, a group of computer artists and enthusiasts got together to plan, host, and attend “Under Construction,” a Demo Party in Gernsheim, Germany.

What is a Demo Party you may ask? A Demo Party is an event that gathers demosceners and other computer enthusiasts to partake in competitions of demos (short audio-visual presentations of computer art). A typical Demo Party is a non-stop event spanning a weekend, providing the visitors a lot of time to socialize. The competing works are shown to large crowds and in the case of “Under Construction,” streamed live via the Internet. The demo scene is an international computer art subculture that specializes in producing demos: small, self-contained computer programs that produce audio-visual presentations. The main goal of a demo is to show off programming, artistic, and musical skills. The global demo scene draws many high-profile developers.

The technical team leading the “Under Construction” demo party came to LYNX Technik for their AV infrastructure and signal processing needs.

In addition to planning the technology requirements for the on-site event, the team led by Stefan Seitz, an AV Professional that has been part of the demo scene for a number of years, broadcast the ongoing Demo Party activities and content to Twitch. Twitch is the world’s leading video platform and community for gamers. 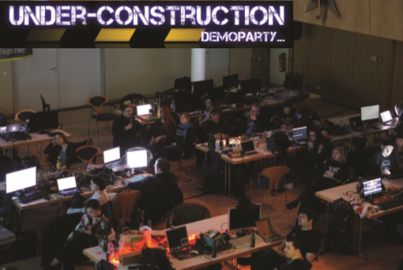 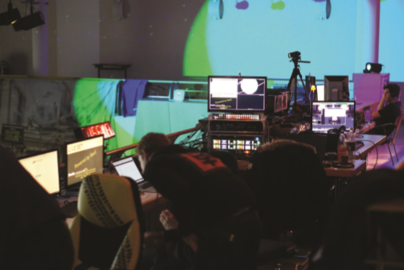 More info about the Under Construction Demo Party at…

The technical team needed to ingest and accept many different video signals (SDI, HDMI and even analog video) to a common standard and format in order to switch and route all signals to their respective destinations in a flexible and dynamic manner. LYNX Technik provided the team with a full SDI broadcast package that was affordable and one that would accommodate:
3D graphics and multiple video sources

As participants worked on their competition entries and contributions, the technical team captured the party activities on various cameras set up around the event site. The camera footage was fed into a Tricaster live production system to provide mixing between the camera signals. The video signals with embedded audio were also fed into a LYNX Technik greenMachine callisto with an APP configuration for dual-channel up/ down/cross conversion. This configuration included the greenMachine Scaler APP for a broad range of conversion and scaling possibilities. The video sources were different video standards, which required conversion into a common standard – in this case 1080P @60 full HD video. A number of yellobrik modules were also utilized for a full SDI set-up. 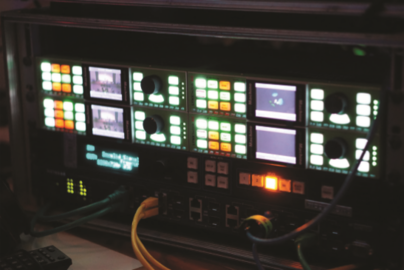