“After a shoot-out with several other products, the HDMI signal quality from the yellobrik SDI to HDMI converters proved to be superior.”  – – Kevin Moorhouse, Chief Operating Office, Gearhouse Broadcast, Gravity Media Group

The International Broadcast Cener (IBC) consists of television studios, production rooms, technical rooms and related office spaces that will transmit content of the 2010 World Cup to billions of viewers around the world. 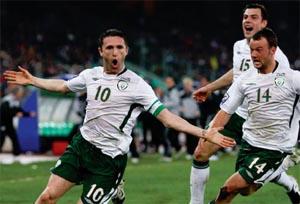 The yellobrik CDH 1811 SDI to HDMI converters were used as monitoring solutions to convert SDI signals to HDMI for driving 23” and 46” HDMI displays. SDI video inputs from a multiviewer and a routing switcher were fed through the yellobrik converters onto 1920 x 1080 Sony, LG, and Samsung monitors as standard HDMI signals for reference monitoring and display of incoming game feeds.

“The audio functionality was also extremely important to us and the ability to easily switch to various AES audio groups was a unique feature in the yellobrik converter. It also offers a looping HD-SDI output which is useful for feeding additional displays from the same SDI source.” – Kevin Moorhouse Chief Operating Officer, Gearhouse Broadcast, Gravity Media Group

In addition to converting the SDIsignals to HDMI for referencing monitoring, the enhanced audiode-embedding feature-set of the converters also allows GearhouseBroadcast customers’ to drive several separate audio monitors. Any two of the 16 supported audio channels from an incoming video signal can be de-embedded and output as digital AES or analog audio, or embedded into the HDMI output. Also unique to the CDH 1811 yellobrik is its selectable timecode and metadata overlay mode. The converter detects and displays timecode formats, indicates audio presence and also detects the presence of key metadata parameters in the incoming SDI stream.